Trade School vs. College: Which Should You Choose?

Trade School vs. College: Which Should You Choose?

For the last 375 years (since Harvard was founded), college has been

the best choice for a bright future.

But in the last 30-40 years, the price of a college education has skyrocketed (at

a rate that is significantly faster

than that which wages are increasing), creating massive

“Is college really worth it?”

Many have already decided it’s not… in fact, post-2000 enrollment in America’s universities has

compared to the 20 years before the turn of the millennium. But we decided to run the numbers ourselves to see if a college education still does set you up for a brighter future.

Here’s what we found.

There are a significant number of variables that make a universal comparison between trade school and college complicated (not to mention, an exceptionally diverse amount of data).

For example, the expected starting salaries for skilled trades vary wildly, as do tuition costs between universities (and even specific fields of study).

So we made a few assumptions to make our analysis:

Here’s what we found when we crunched all of the data.

If you look solely at starting salary and lifetime earning potential, overall, college is a better choice.

However, salaries and lifetime earnings do not tell the whole story – trade school allows you to start earning and saving sooner, thanks to less debt and a shorter education timeline.

This has several benefits:

Furthermore, for the amount of money you invest upfront for trade school, you get much more back compared to college. In our analysis, a trade school grad could expect to earn 22x what they spent on education, compared to only 15x for college.

We selected an average cost for both in our analysis. But what you spend for each can vary depending on what type of school you choose to pursue.

The Cost of College and Trade School 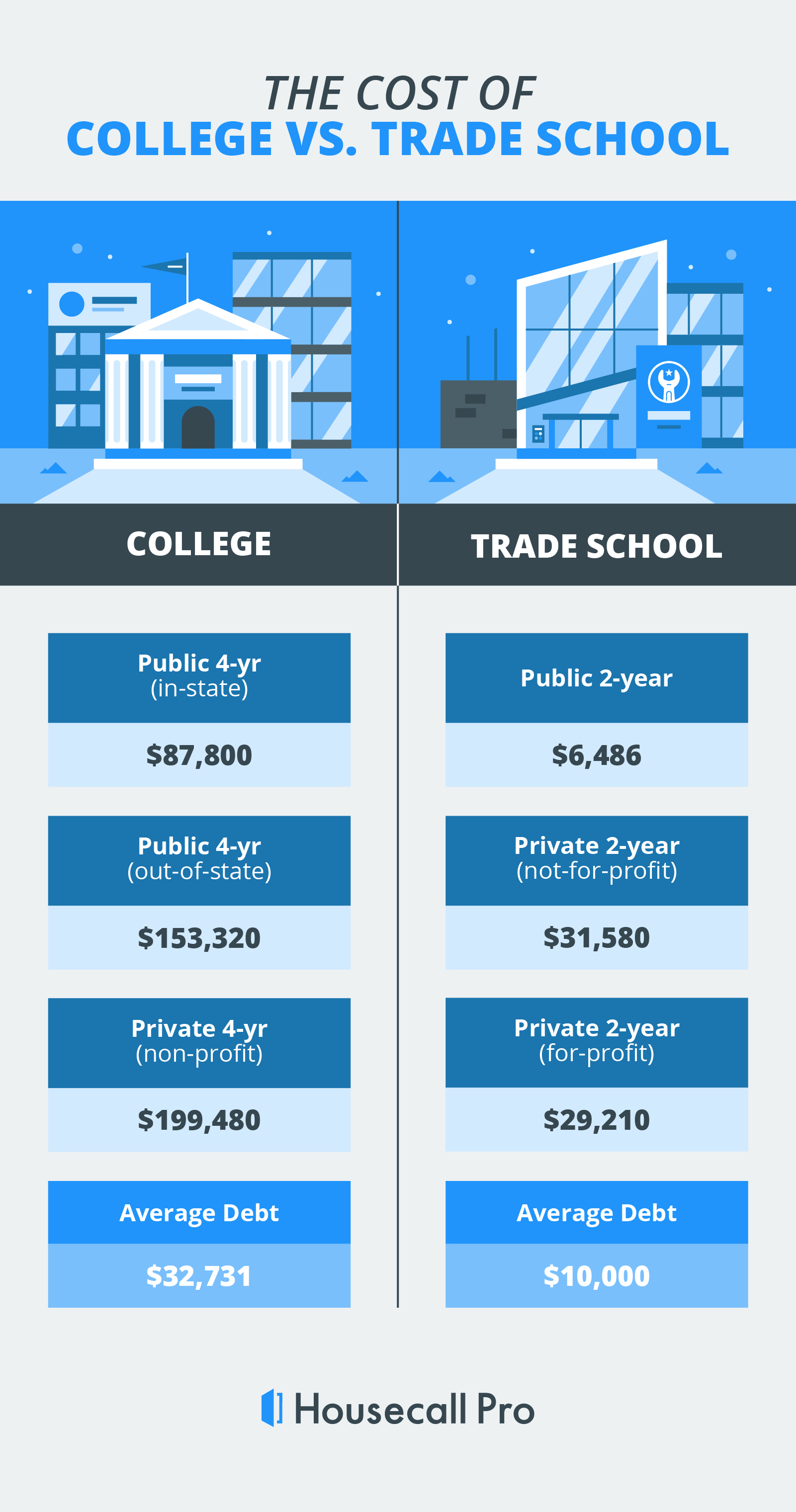 Trade schools and colleges vary drastically depending on where they’re located, whether they’re public or private, and more. However, you can expect to pay significantly less for a trade school education than for college.

The most expensive 2-year trade program is still just 36% of the cost of the cheapest 4-year university degree. You also graduate with a third of the debt on average.

However, post-secondary education is more of an investment than purely a cost (meaning it should provide a return). So saving money on your education isn’t really all that beneficial if you make significantly less once you graduate.

Here’s what you can expect to earn in each scenario. 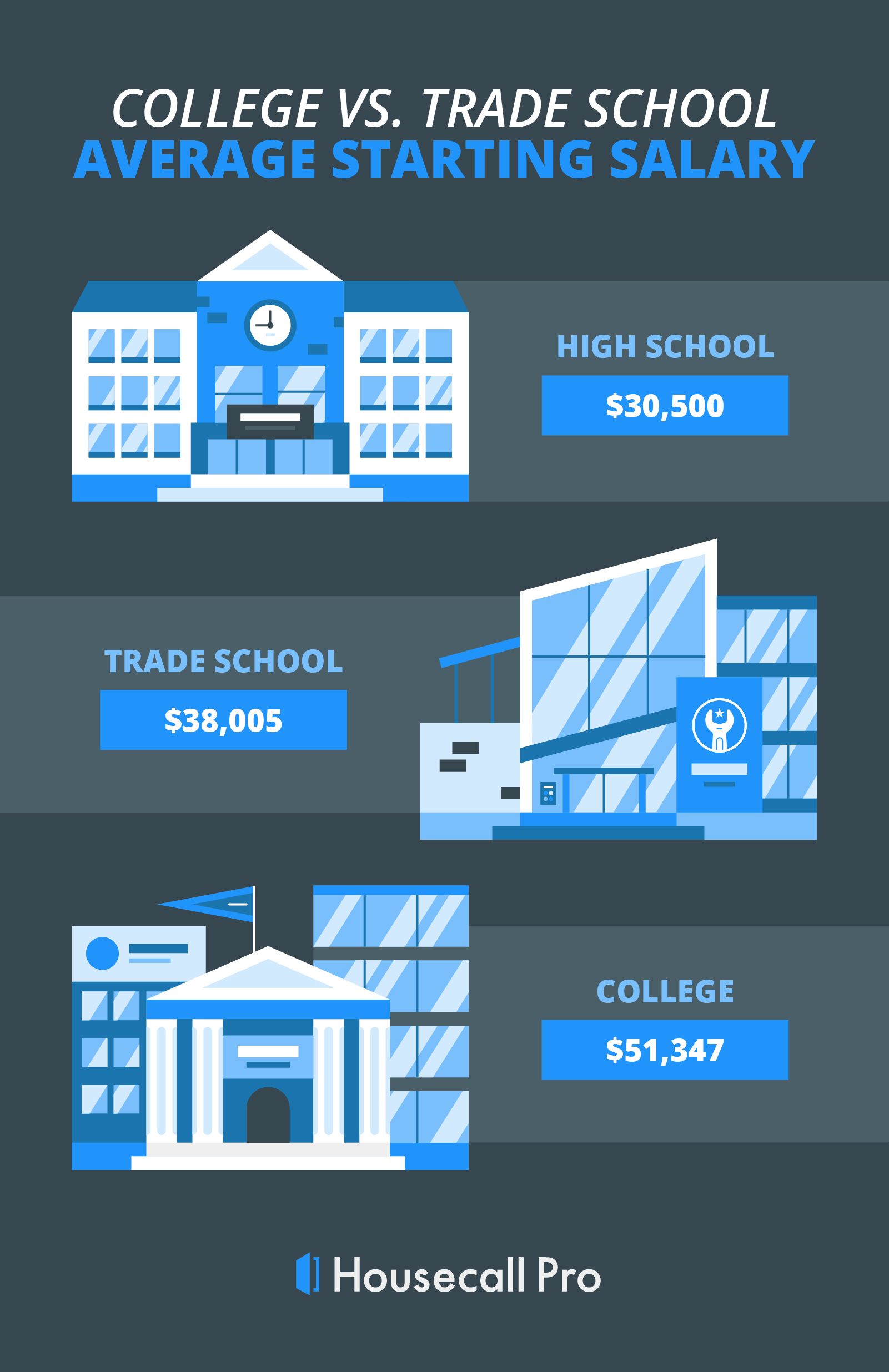 Ultimately, what you earn post-graduation depends heavily on the trade or degree you choose to pursue. Some trades such as an

can earn you more than $50/hr, whereas others may not pay you much more than $18/hr.

Similarly, some bachelor’s degrees will set you up for immediate employment whereas others have no direct industry associated with them.

So while the numbers above are estimates, the major/trade you choose can increase or decrease that significantly. See many

and college degrees below.

Employment Opportunities For Each Career Path 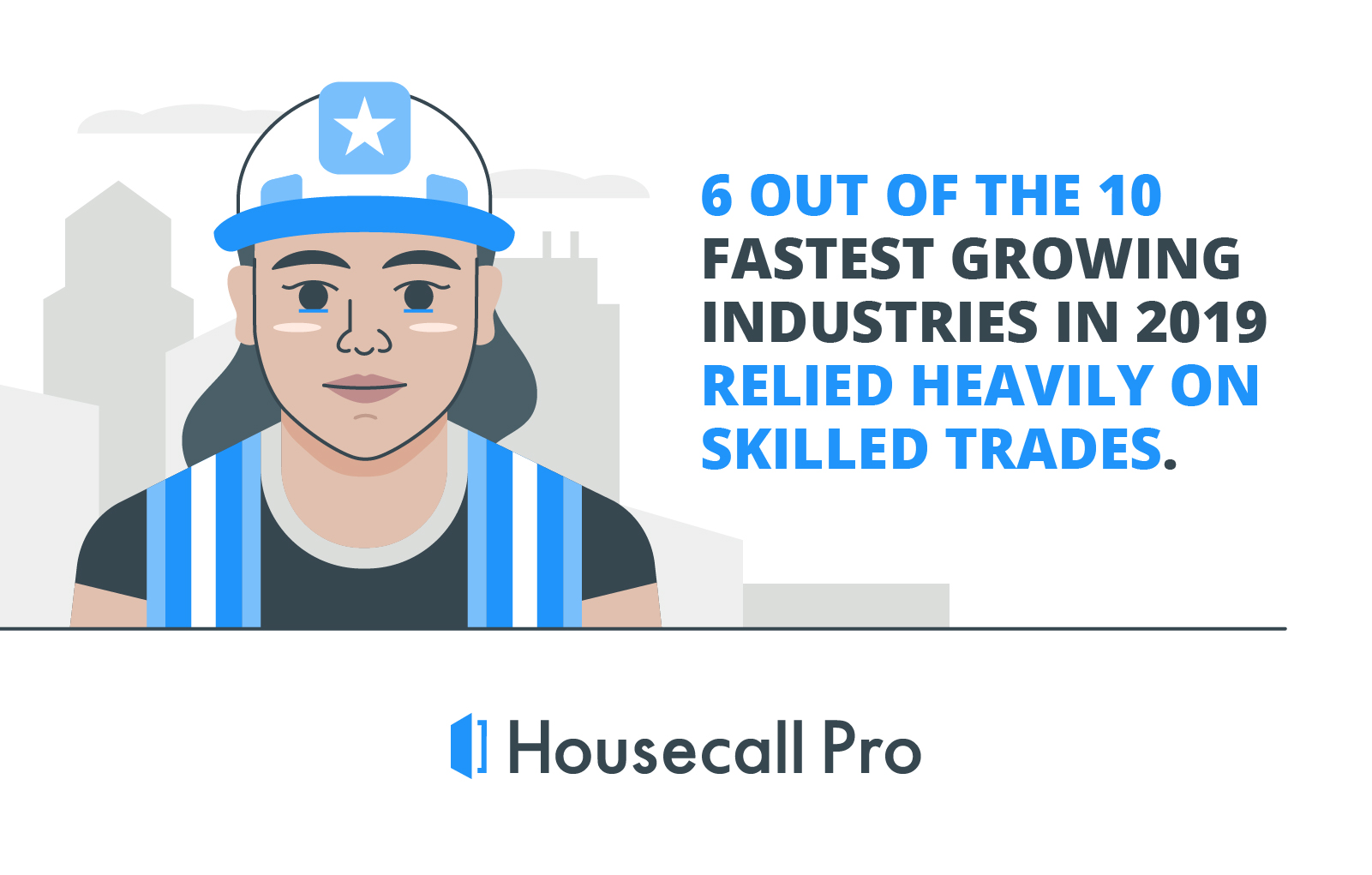 According to an analysis by Abrigo, 6 of the top 10 fastest-growing U.S. industries in 2019 were part of the construction industry – which employs skilled trade workers extensively.

This is also probably why the

found that the most lucrative trade job in the U.S. was a Construction Manager – with a top earning potential of over $77/hr.

How does that compare to the most lucrative college degree?

Here is a comparison of the other top-earning college majors and trades:

College or Trade School? The Pro’s and Con’s

Ultimately, choosing between college and trade school depends on what is most important to you.

Is a flexible career path and higher earning potential worth the additional cost, debt, and time in school for a college degree? Would you prefer to get started in life sooner with the potential to begin saving earlier?

There is no wrong answer – especially given that some of the most lucrative trades can often reverse the narrative of “college grads earn more.”

The pro’s and con’s below can help you think it through:

Want to see what kind of employment opportunities exist for trade school grads? We’ve compiled a list of top companies that are hiring in several industries below. Click the link to learn more about them.

is rated the #1 software to run your HVAC, Plumbing, Electrical, Carpet Cleaning and other home service businesses. Our features allow you to schedule and dispatch jobs, get booked online, send invoice and receive payment within minutes whether if you are in the office or out in the field. Join all the other successful home service businesses who have already started and

Your Business Isn’t Average: A Guide to Knowing Your Numbers and KPIs For the Trades