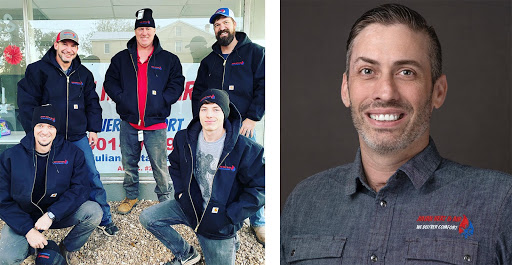 The Story Behind Julian Heat and Air

For six months, Jason was mostly on his own with the occasional part-time help. It was a rough start.  “I knew that I could do good work. I just didn't know if I could make it last. I didn’t know if I could get paid enough to keep going.” 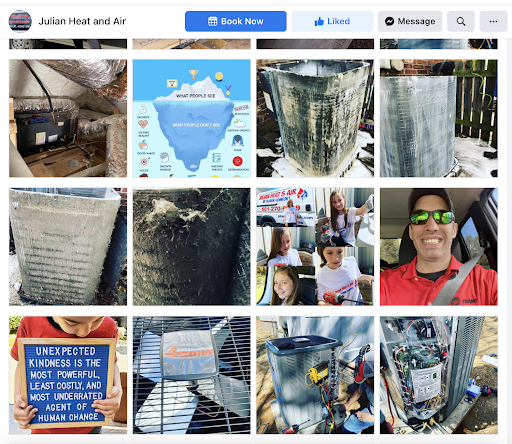 "I treat everybody the same, no matter if they’re someone renting a place or the owner of a magnificent home. No matter what we are doing or what budget they’re on. And I really seek that out whenever I am hiring guys,” Jason said.

Pay What You’d Want to Be Paid

In fact, one of his lead technicians is making $6 more an hour working for Jason than he made after 12 years working for another company. “He's every bit worth it. And he feels it each day,” Jason said.

is the all-in-one solution to manage and grow your HVAC business. Joining Housecall Pro also gives you access to a private HVAC community of your peers and other valuable resources.

Consistently Show Appreciation to Your Team

But his team is happy to work for him not

because of the pay. Jason consistently shows appreciation for his team, through public posts, tool giveaways, praise on the job, as well as individual coaching and mentorship.

Every Monday, there’s a team meeting at Julian Heat and Air. Jason supplies coffee and sometimes burritos and talks about personal issues

the business. He asks about their families and their pets, and he shares his own personal story with them, as well. 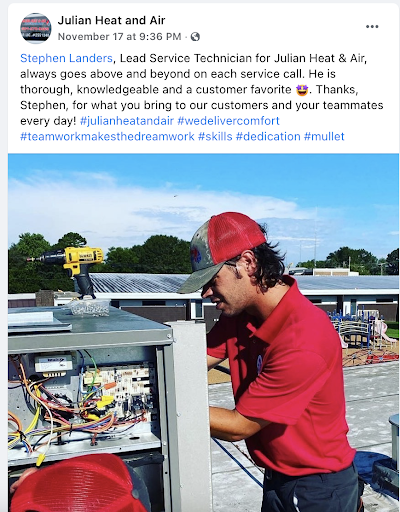 “It's pretty cool to be that be a leader of a group of people that want to help each other,” Jason said.

Having a Hard Time Finding Customers?  Get Involved in Local Facebook Groups

“If it's cleaning season on heating and air equipment, I love the really dirty, nasty ones, because they have been totally neglected. When I get done, it looks brand new, and I show the people what the other companies are 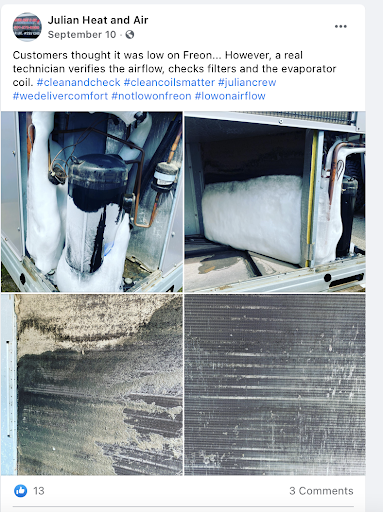 “Facebook has changed everything I've done in business. People are more than willing to share their experiences” good or bad. So when I asked others to share what it was like working with me, I've had nothing but good feedback,” Jason said.

Give People Choices and You’ll Earn Their Trust

Housecall Pro makes this easy with our

that helps the customer visualize their options. Create an estimate in the field within minutes, then turn the estimate into a job with the click of a button. 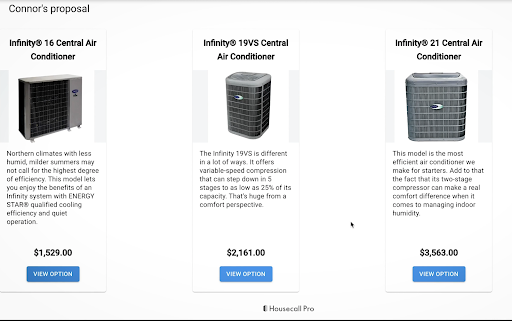 Another Way to Earn Trust: Educate Your Customers

He sells preventative maintenance work through

On the way” texts

to my customer and let them know I'm going to be there at this time,” Jason explained.

In 2021, Jason’s goal is to open up a second location. We recommend following

on Facebook to keep up with their amazing growth.

is the all-in-one solution to manage and grow your HVAC business. Joining Housecall Pro also gives you access to a private HVAC community of your peers and other valuable resources.

How Much Does An HVAC Technician Make In Every State: Updated For 2022 [Infographic]