Each year, the same seasonal employees return to

. Although they’re paid well, it’s not the only reason they’re loyal to the company.

Oakland Hills acts as a leadership and entrepreneurial training ground for its employees.

The business that Richard Otterstad started in 1978 has evolved in many, many ways over the past 42 years. It started out as a one-man organic gardening operation where Richard used goats used to clear people’s properties. Now it’s a brush clearing business he co-manages with his son Luke and six additional employees. (They now rely solely on power tools, although they still strongly recommend goats for larger properties).

At one point, Richard took on business partners that had equal say in the company’s operations. Now the business is run as an LLC where Richard is the majority owner. Luke started out working in the summers in the field alongside his dad; now he’s the VP of Operations, remotely managing the team.

These evolutions have taught them to be both humble and proud of what it takes to run your own business and to treat your employees really really well.

Here’s the company’s management philosophy from Luke’s perspective, including two really cool examples of employees that have thrived because of it, and how Richard and Luke have reaped the benefits from teaching their employees practical business skills.

1. They Teach Employees How a Home Service Company Functions

In team meetings, Richard and Luke explain the inner workings of running a service business. For instance, using a pie chart, they break down the costs of running the business, such as what percentage of each job goes to overhead costs so that they understand why they’re paid what they’re paid.

“We really think it's important to instill leadership and character qualities in our crew members,” Luke explained in a phone interview. “We do that by teaching them the business side of our business, and we do that with an understanding that some of them are going to be their own entrepreneurs and then others don't plan to be a business owner, but it still helps.”

2. They’re Transparent About Their Own Salaries

Last year, Luke had the crew members write down on a piece of paper what they thought Richard made annually from the company and what they thought he should make based on the amount of work he puts in. The responses were anonymous.

Crew members guessed Richard took home anywhere between 100 to 300K. There was a general agreement he deserved to make around 100,000, which matches his real salary.

Luke made sure that the crew understood Richard’s role and responsibility: “He works year-round whereas everybody else just works pretty much seasonally. And he built the business up for 40 years and takes on a lot of risks.”

This transparency helps the crew feel content with the business and their own pay. “There's just a general view among employees and the culture in general that the business owner is just out to maximize his or her pay at the expense of the employees. And we really want to just blow that out of the water. That might be true in some companies and maybe even most, but, but it's not true here,” Luke said.

Oakland Hill’s goal is actually the opposite: they want to maximize the pay of their employees. Part of how they do that is by helping them set their own financial goals and then working with them on a plan to meet those goals.

3. They Encourage Employees to Only Work for the Company for 5 Years

It can be really hard for seasonal businesses to find consistent workers year after year. Oakland Hills has the opposite problem: their workers will return each season, even if it’s not good for them.

Many of their employees will drive an hour and a half each way and stay overnight during the peak months.

“This is a really good business to get in for a season in your life,” Luke explained. Their employees often come to them young and independent, but as they go on and get married, the long commutes and long hours aren’t ideal for starting a family.

Richard and Luke recommend that they stay on for five years. “And then we want to see them grow in their financial savings and also in their leadership and everything, and then train somebody before they leave.”

They ask employees to find replacements for themselves, and many of them will bring on their good friends or brothers, which is how Oakland Hills continues to be populated with quality workers.

When an employee was hurt on the job, their PEO suggested finding alternative duties for that employee to help offset the workers’ comp fees. This particular employee, George, happened to have a history of sales.

Richard and Luke trained George to perform estimates for the company. “And I was highly successful,” George explained. “I guess my numbers were a little bit different than what they expected.”

Although George had years of sales experience in multiple industries, he learned a completely different approach in his new position. Oakland Hills doesn’t approach sales as a numbers game. Rather, just like their perspective on their employees, it’s all about how to build the best relationship and do the best job.

An accident ended up having an unexpected happy ending. And, for Luke and Richard, it wound up being good timing. “That's been really good to see because my dad is 74 years old now. And so we know he's going to need to start phasing out appraisals, and we're looking for people that can do what he does and start taking some responsibility that he's been handling on his own.”

Luke believes that moving George to a sales role is going to help the company grow and secure his father’s legacy.

5. They Take Care of Their Employees Throughout the Year

Even though their employees only work for them for about five months out of the year, they’ll keep in touch. George explained that he received two unexpected bonus checks from Oakland Hills: one at Christmas and one pre-season.

“Everybody got an email saying, ‘Hey, the season is getting ready to start. We got this COVID thing going on,’ and they send us more money,” George said.

When George was hurt on the job, Luke and Richard called him daily to check in on him and sent him sushi (his favorite).

“They're always available to you. They’re your employers, first of all. But they're more than that. Everybody's mentoring each other to have a better quality of life,” George said.

6. They Help Employees Start Their Own Companies

Vitaliy Velichko was one such employee that was interested in starting his own company. To encourage this goal, Richard would take Vitaliy along on estimate calls. Vitaliy learned how he built a relationship with the customer while building an estimate. Then they gave Vitaliy the opportunity to perform estimates, as well.

Meanwhile, Luke took Vitaliy to one of

(which now happen online) which offer workshops on business skills, as well as a chance to network with other local pros.

“They really encourage entrepreneurship in their company. Their goal was to see more and more young men actually become entrepreneurs. And so I learned the

through their company,” Vitaliy explained.

Richard and Luke encourage employees to consider related fields where they can continue to help each other by offering referrals. Vitaliy took this advice and started a power washing and gutter cleaning company, 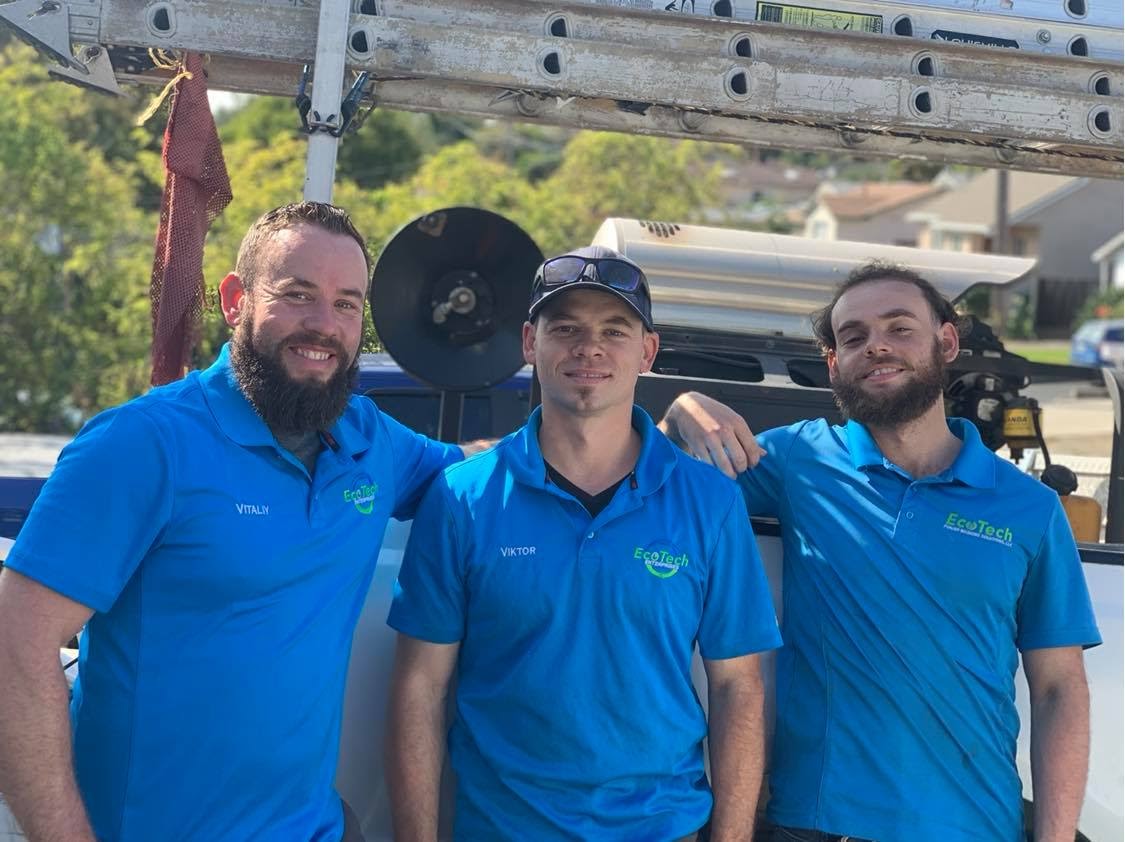 Initially, Vitaliy worked full-time for Oakland Hills during the company’s fire season and worked on growing his own company for the rest of the year. Luke explained: “Seasonal can be a headache because you don't have guaranteed year-round work. But it enables you, if you want to start a business, then you can give yourself a hundred percent to starting that up during the off-season. Then you can still earn a living working for us in our peak quarter.”

Vitaliy gives Luke and Richard credit for teaching him how to set his own business apart. Things as simple as calling the client if you’re running late or notifying them in advance if you won’t be able to make the appointment. Little things like that, which he learned from his time with Oakland Hills, he believes are why his business has done so well.

Ecotech Maintenance has now been around for five years and has grown to a team of four.

Over the past six years, Oakland Hills has grown their own revenue by 167%. They’re able to continue their upward trajectory even amid COVID-19.

What Richard and Luke have learned (or perhaps knew all along) is that when they genuinely care about and help their team members achieve their own goals, it will end up benefiting the business, as well.