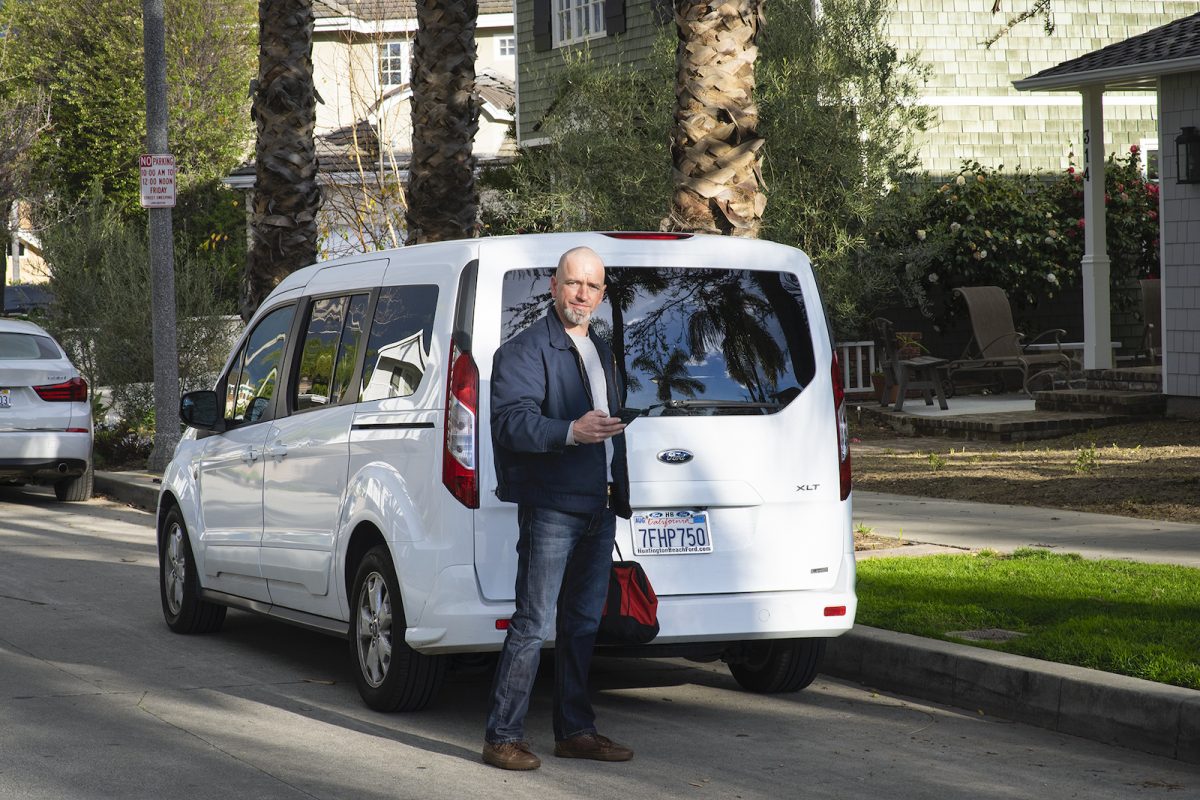 However, this information is not easy to come by. After all, how can you possibly know how many HVAC businesses are located in New York? Or how can you know the overall concentration levels of businesses in a particular city?

That’s where we come in. Using Yelp, we scraped data from hundreds of thousands of businesses listed throughout the United States. We analyzed this data, sliced it this way and that, and now present it to you for your consideration.

HVAC industry statistics for each state

States with the most HVAC businesses

First, let’s look at the states with the most overall HVAC businesses. While this certainly doesn’t give us the full picture, it does give a sense of which states have a booming HVAC industry.

Generally speaking, the number of businesses in a state tracks with the overall population of the state. In other words, the greater the population, the higher the number of HVAC needs and the more HVAC companies.

There are a few exceptions to this, such as New Jersey and Maryland. However, these can be explained by the state’s relative proximity to large cities such as New York City and Washington D.C. Because these states sit next to such large cities, we can expect a greater demand for HVAC services in these states.

There are several key takeaways from this data that must be considered. First, states with greater populations present more opportunities for HVAC companies. The greater the population, the higher the need for HVAC services. If you’re considering starting an HVAC business, you may want to look at a state with a higher population.

On the other hand, states with higher populations have more HVAC businesses, which means more competition. This may make it harder for your HVAC company to get traction.

When it comes to hiring HVAC technicians, you’ll find that there’s more competition for jobs (and more options for you) in states with fewer HVAC companies. Because there are so few HVAC businesses in states like Wyoming, we should expect competition for those jobs to be higher than other states.

The high numbers of HVAC companies in large states, such as Arizona, suggests that there are more HVAC jobs available in those states. If you’re looking to get a job in the industry, you may want to consider one of the states with a larger population.

But this doesn’t give us the full picture. We also need to look at the concentration of businesses within a particular state relative to the population.

States with the highest concentration of HVAC businesses

Looking at the states with the highest concentration of HVAC companies gives us a different view of the data.

One interesting observation is that 7 of the top 8 states are located in the northeast United States. It is possible that the seasonal changes that occur in these locales also have something to do with the increased demand for HVAC services.

Both Maryland and New Jersey sit close to large cities (New York, Washington, D.C.), which, presumably, will also raise the demand for HVAC businesses in those states. This, in turn, raises the overall concentration score of those states.

States with very low populations, such as South Dakota, have less demand for HVAC services, thus lowering the overall concentration score for the state. We can assume that a few businesses service large areas of the state.

But before you choose which state to start in which to start an HVAC business, you also need to look at specific cities and the concentration of businesses within those cities.

Cities with the highest concentrations of HVAC businesses

Looking at the top 10 cities with the highest concentration of HVAC businesses gives us yet another picture of the HVAC industry. The same goes for the bottom 10 cities.

The cities with the highest concentration of HVAC businesses relative to their populations are Rockville, MD, and Bowie, MD. However, when you consider that both of these cities are relatively close to Washington, D.C., it makes much more sense. The same can be said of Gaithersburg, MD. Presumably, many of these HVAC businesses serve the D.C. area, thus raising the overall concentration levels in these cities. Like Rockville and Bowie, Newark, New Jersey also sits next to a large city (New York), and probably services areas in and around the city.

Several key findings emerge from this data. First, when determining where to start an HVAC business (or expand into), it’s critical that you look both at the overall number of businesses in the state and the concentration levels. This will give you a much better sense of the competition in the state. Ideally, you want to start a business in a state with relatively high population levels and low concentration scores.

Finally, if you’re looking for a job in the HVAC industry, you may want to consider looking in states that have a higher population, since these have more HVAC businesses. More HVAC businesses mean more opportunities (although the competition may also be a bit higher).

A quick note about our methodology for calculating the above numbers. First, we scraped data from thousands of businesses listed on Yelp. Then we totaled the population of the top five cities in each state and divided the number of businesses by the population total. This gave us a “concentration” score which represents the density of HVAC businesses in a state. Finally, we multiplied that concentration score by 100,000 to give us a number that is more easily comparable between states. We did not take into consideration whether any business was using any tools like HVAC software to grow their business faster than normal, which may lead to an over index of job openings.

Improve your sales funnels with this ebook for home services businesses

Sales funnels are different methods of marketing to reach your next customer. Whether you’re new business owner, or if you’ve been in the home services industry for years, it can be difficult to keep up with all the different types of paths customers could take to find your business. This is why we designed our Sales funnels for home services companies ebook to cover the four stages most homeowners go through when looking for your home service business. Plus, we include a follow-up checklist so you can use this information right away.

What’s clear from this data is that people want the convenience of never running out of hot water, which is exactly what a tankless water heater supplies. They want to be able to take long, luxurious showers without worrying whether the hot water will run out.

The statistics are in, and they’re pretty scary. Every year, homeowners lose thousands of dollars to HVAC problems. In fact, HVAC issues are one of the most common complaints among homeowners. Here are some of the scariest HVAC statistics we found. One in five homes in the United States has an HVAC system that is…

How to start an HVAC Business Starting an HVAC business in 2022 can be very profitable. Before you start, it’s good to know some of the basics such as how to start marketing yourself, how much cash you’ll need upfront, and how to keep growing.  Let’s start with the basics and make a plan for…

The following guide will walk you through how to create a smart pricing list template and how to keep your business booming, while turning larger profits.

Pest control is a challenging job, even for those who have been doing it for years. Every day you battle against vermin of all sorts, fighting to keep houses clean and sanitary. You deserve to be paid a fair salary. You work hard every day and should be getting compensated appropriately.