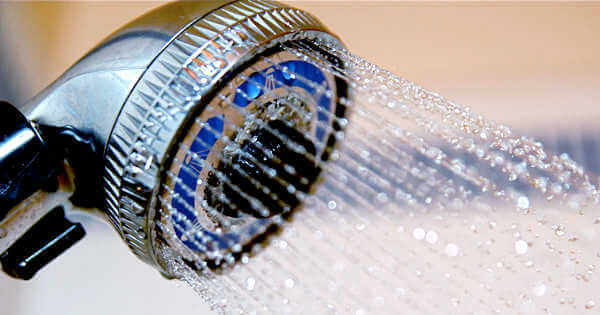 As a plumber, you’ve seen it all. From clogged toilets to overflowing sinks, you’ve unplugged the nastiest of messes. But even for someone with your level of expertise, there are some plumbing problems that just seem too bizarre to be true.

Here are six of the strangest plumbing nightmares we’ve heard of—but be warned, they’re not for the faint of heart!

Imagine having to flush your toilet 20, 30, or 50 times just to get rid of the waste. For this homeowner, their nightmare became their reality! The tree root had made its way into the home’s sewer line and caused repeat blockages.

Every time the toilet was flushed, the water would back up and overflow. Talk about a nightmare!

A dripping faucet is annoying enough, but what about a faucet that gushes water non-stop? This homeowner went through something similar.

Every time her neighbor would turn on the faucet, hers would run as well! After shutting off the water to her home and calling a plumber, she found out that a broken pipe was responsible for the mini geyser.

A shower from heck

Many of us have dealt with a clogged shower drain at some point or another, but this next story takes things to the next level.

As a result, her entire family of eight wasn’t able to shower for six weeks!

Collapsing of a sewer line

Sewage flowed into the Rio Grande due to a sewage line collapse which caused sewage water to pour into storm drains. While the system of bypass pumps was created, residents continued to deal with backed-up sewage.

Could you imagine walking outside to the smell of raw sewage?

Backed up bathtub that wouldn’t drain

This poor homeowner was dealing with an upstairs bathtub that wouldn’t drain. Each time he tried to snake the clog, it would bring up masses of matted hair. After he would use other fixtures, the bathtub would fill with water!

Luckily through the forum, he was offered solid advice on how to fix the clog.

If you live in a colder climate, then you’re no stranger to frozen pipes, especially when they burst overnight. That’s just the issue that this family had to face in the middle of a frigid Chicago winter. In the 23 below zero temperatures, his family was not only without hot water but a rodent infestation!

As a plumber, you never know what you’re going to come across. Sometimes, you see things that are so unbelievable they make your skin crawl. From toilets filled to the brim with…you know… to never-ending flushes.

If you’re a plumber who’s ever dealt with issues like these, you know how important it is to be there when your customers call. Housecall Pro has the best plumbing solutions for all of your plumbing needs so you can keep plumbing issues in check.

Facebook Ads Help Increase Visibility For Your Local Business Finding new customers is a lot different today than it was 30 years ago. Yellow pages ads are long gone, and you probably won’t have much luck with exclusively printed flyers. In 2018, 97% of consumers surveyed said they had searched online for a local business….

Download this template from Housecall Pro that covers the daily checks your office staff should do.

Coming up with creative promotional ideas to grow your local HVAC business is critical. Sure, even the big guys need a boost every now and then, but the heart of your small company depends on gaining (happy, loyal!) customers for consistent business—and unique HVAC business promotions are just the ticket. If you think that all…

One of the best ways to organize and guide the customer side of your business is through the use of a Customer Relationship Management (CRM) system.

If you’re on a job, the last thing you want to think about is the productivity of your workers. You and your customers want to know when vehicles are dispatched to their location so every job is done on time. But you can’t be everywhere at once and there’s only so much time in one…