Get the Inside Scoop on the Best and Worst States for Pest Control Jobs in the U.S.

The state with the highest number of pest control jobs is 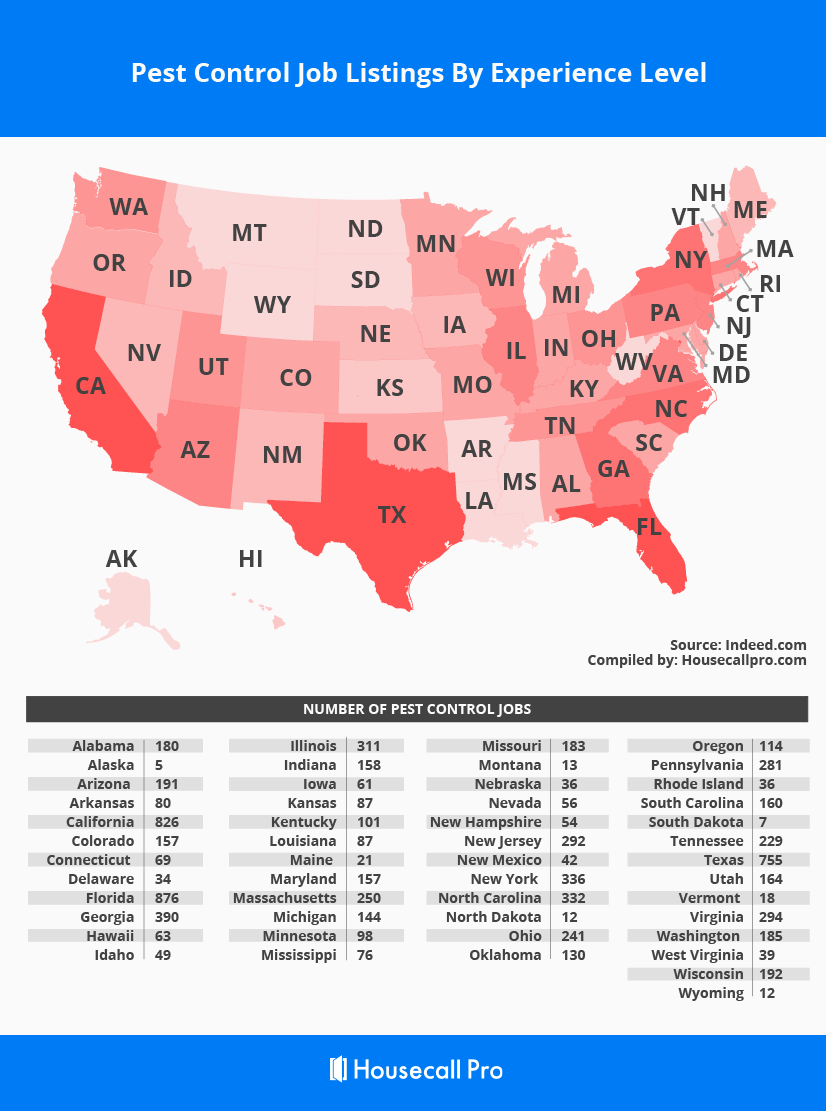 If you own a pest control business and are hoping to

, you can determine whether you want to focus your search on entry- or mid-level applicants that may require some

. If there are only a few senior-level jobs posted in your state, you may have a much easier time finding a seasoned veteran who can benefit your team immediately. 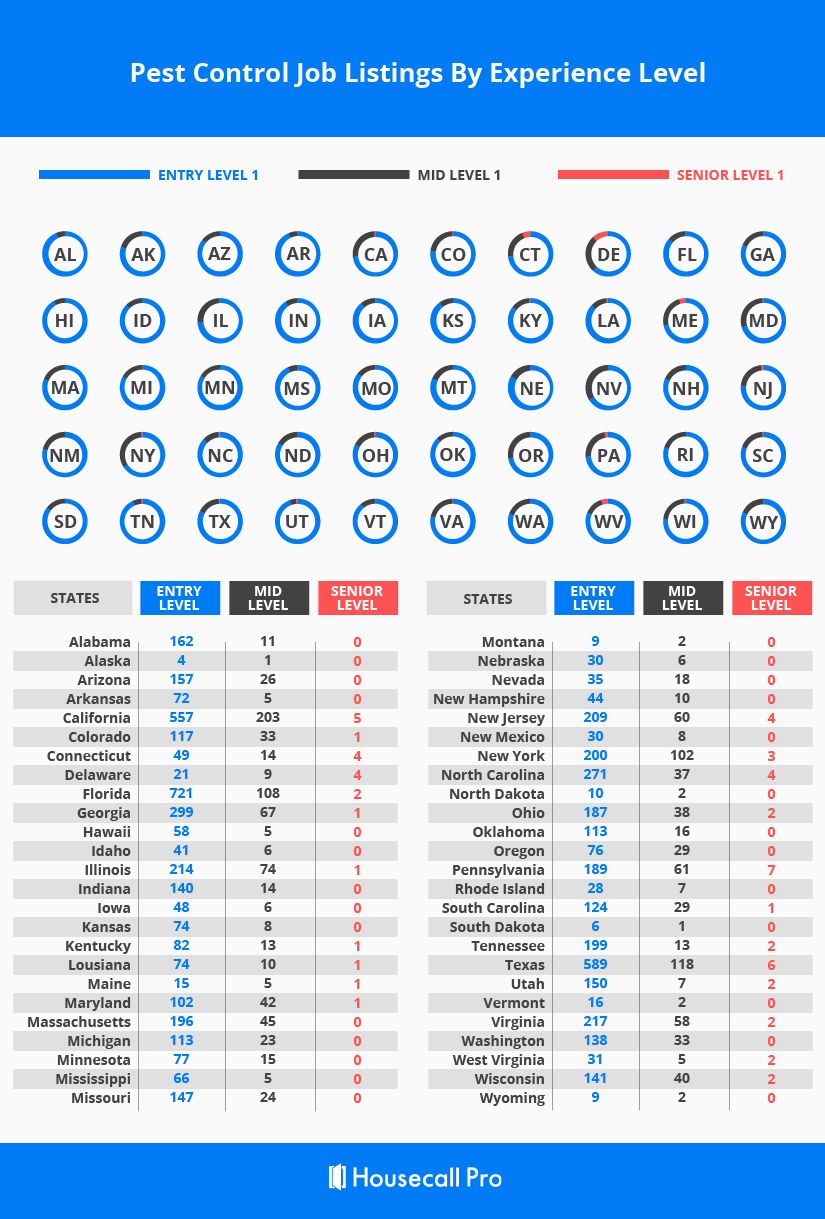 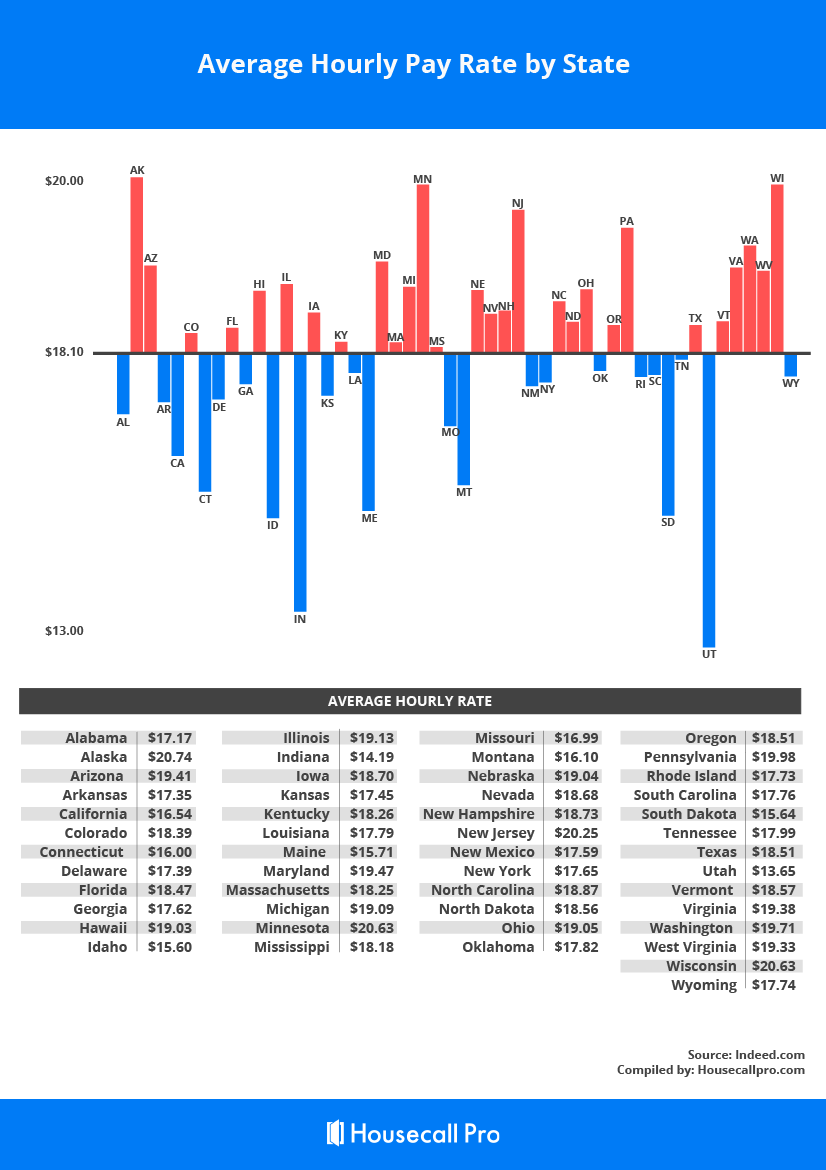 For instance, if you’re hiring in Utah, the average role pays just 75% of the national average. If you want to

and hire much more quickly, you can set your salary higher than competitors. If you are more interested in keeping costs under control, you could set the salary closer to the state average and hold out until the right candidate comes along.

The Most Common Pest Problems In Every State (With Data)