Electrician Salaries and Best States to Find Jobs in the U.S. (Updated For 2021)

If you’re an electrician, you want a salary that's to equivalent what you’re worth. After all, you have a very demanding job. Day in and day out you must deal with tight spaces, high voltages of electricity, and ensuring that the customer is always happy.

And if you’re the owner of a business that employs electricians, you want to be sure that you’re paying a fair wage while also effectively managing your costs.

But how can you know these numbers? How can you be sure you’re getting paid a fair salary or paying your employees a fair amount?

To help you out, we scraped data from thousands of electrician jobs posted on Indeed in the entire year of 2019. We compiled the data, analyzed it, and present it here for your consideration. In this post we break down the average salaries for electricians by location to give you a sense of what electricians are being paid in various areas throughout the United States.

We also look at the number of posted jobs with a salary greater than $55,000, and how each state compares to national averages. Finally, we look at cities within each state that have the highest average hourly rate.

The average hourly rate for electricians across the entire United States is $25.46.

On an annual basis, this works out to approximately $50,000 per year.

However, it’s important to remember that this is just an average. It includes entry-level, mid-level, and senior positions. It also includes the hourly rates of places where the cost of living is much higher, such as Austin, Texas, and significantly lower, such as rural towns in Wyoming.

When looking at the average hourly rates for electricians, it can also be helpful to get a bit more granular and look at the individual average rates paid by each state.

Again, as noted above, these averages include all positions, from the highest paying to the lowest paying.

However, knowing the average hourly rate in each state, and then combining it with other data, can give you an idea of which states tend to pay the most and which pay the least.

If you’re in the hunt for a job, this data is particularly helpful. It can give you a sense of where you might want to look for a job as an electrician.

If you own a business that employs electricians, it can also help you know what a fair hourly wage is for your employees. 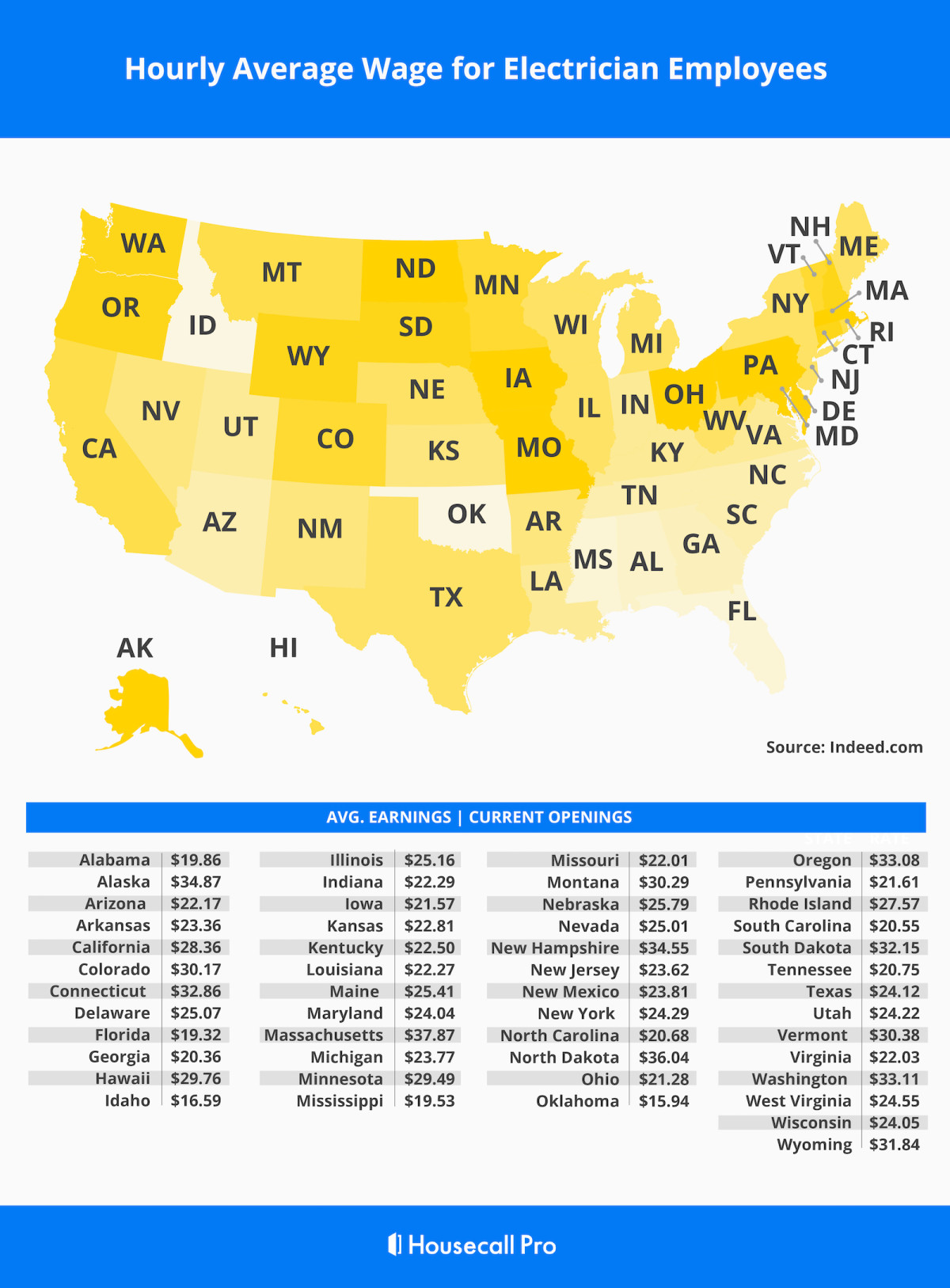 Another way to slice the data is to look at the entire range of pay being offered. Since the average hourly amount includes both the lowest and highest amount, the range of pay gives you a sense of how broad the pay scale is.

Across the entire United States, the average hourly amount for electricians runs from

Going beyond national averages, we can get a sense of what electricians are earning within each state by looking at the range of salaries on a state-by-state basis.

This data gives us both a high amount and low amount that electricians might expect to earn in a state.

Numerous states have jobs posted with an hourly rate of $7.25, which is the national minimum wage. The state with the highest posted hourly rate is Wyoming, at $66.60.

Here is the breakdown of what we found in our analysis. 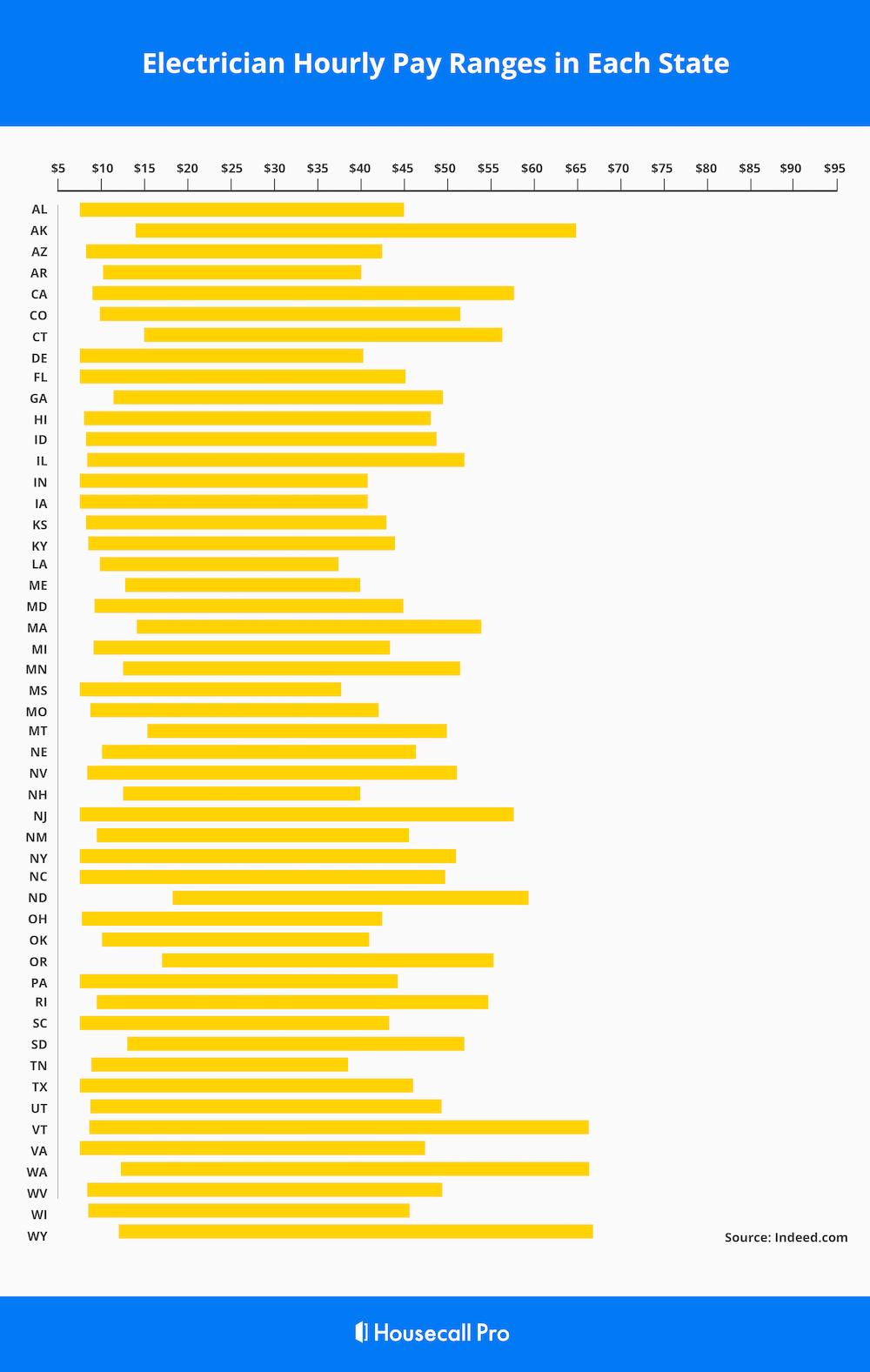 Only looking at hourly rates can make it difficult to determine what an electrician annual salary might look like. Calculating what an hourly rate translates in terms of annual salary can give you a feel for what you would earn over the course of the entire year.

California has the highest

Michigan has the highest 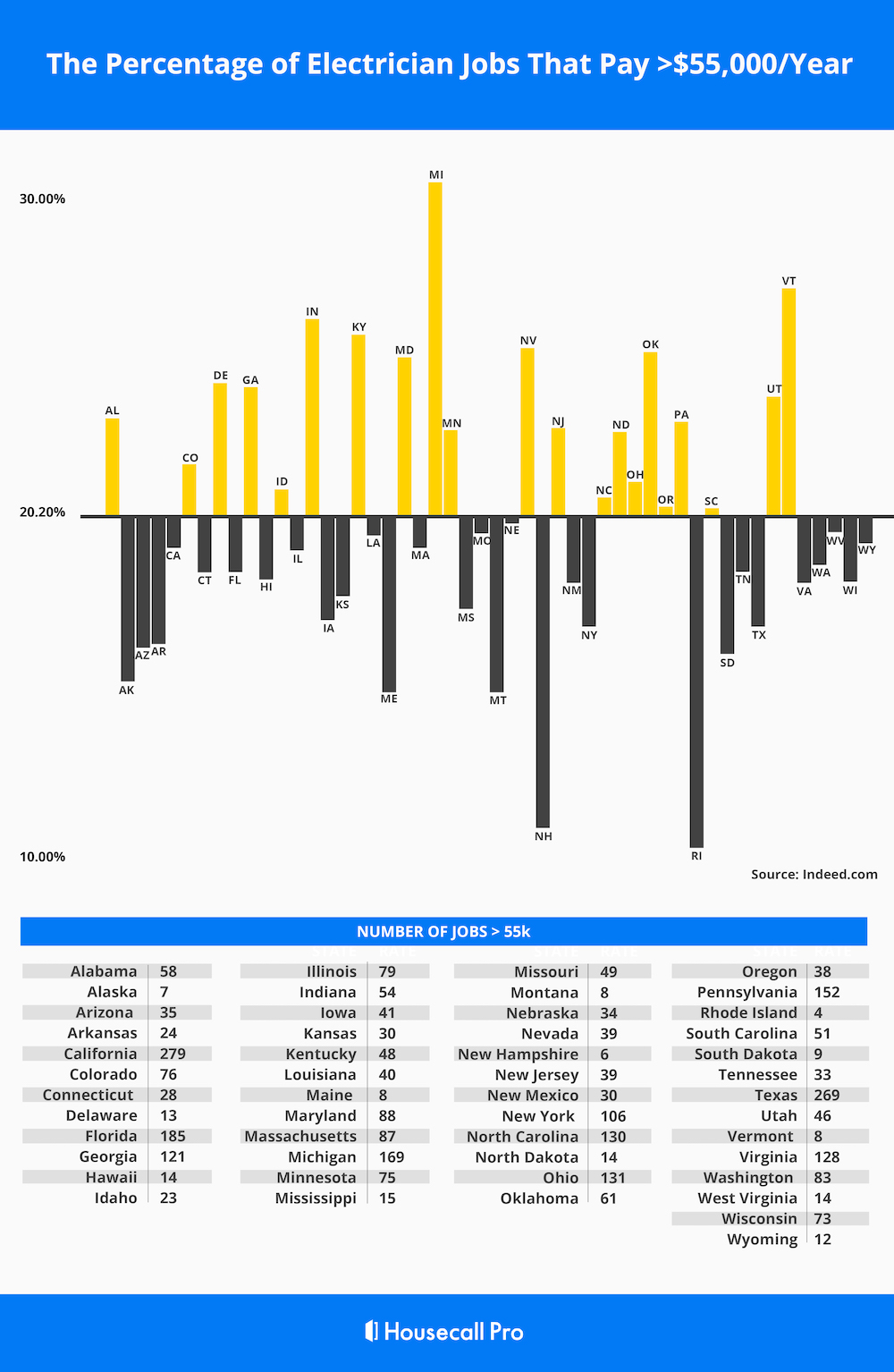 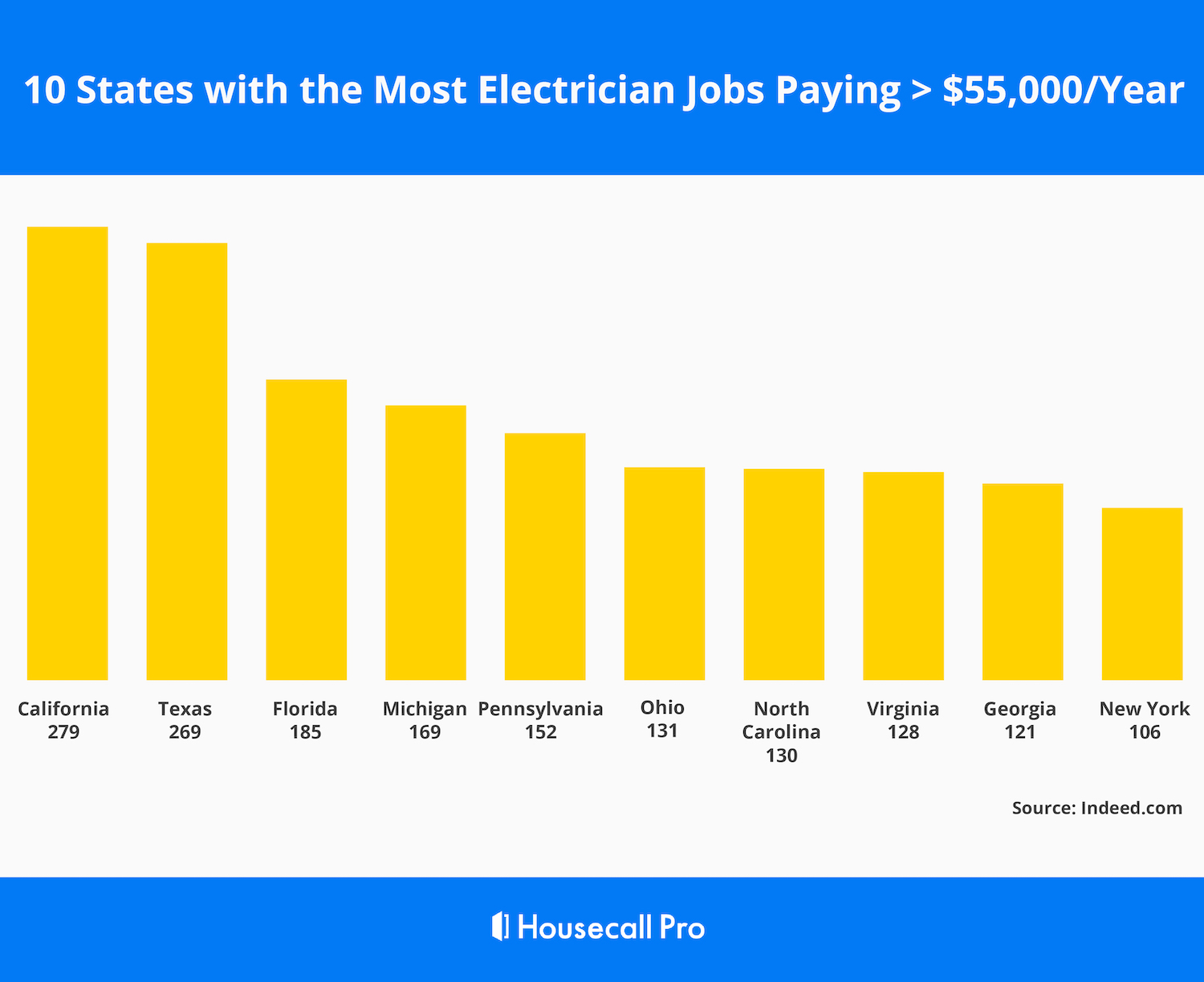 Cities With the Highest Electrician Salaries in Each State

In addition to looking at salaries by state, we also wanted to analyze the average salaries within certain cities. This is because there tends to be a large pay range within each state, with roles in big cities typically offering more than those in smaller towns and communities.

Note: There was insufficient data to calculate these numbers in Vermont.

Though the above data primarily represents averages, it does provide significant insights into the electrical industry.

The average salary is approximately $50,000 per year, with many jobs available above that amount. This demonstrates that being an electrician is a well-paying job, the electrical industry is robust and appears that it will continue to be, and that now is an excellent time to begin a career as an electrician.

The data is also helpful when evaluating your own salary as an electrician, as well as what sorts of pay raises you might expect to see in the future.

If you own a business that employs electricians, this data can be helpful for setting competitive salaries.

Upselling Tips: How One Electrician Tripled His Earning on One Service Call